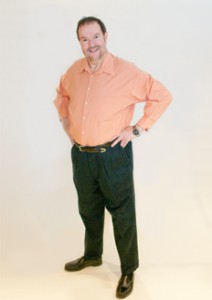 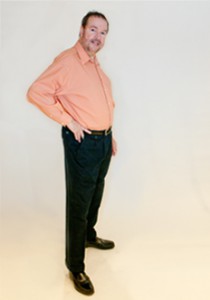 Richard’s life has always been a full one—whether as a slender twenty-something or a seriously overweight guy in his fifties. Now 62, he’s been an I.T. specialist since 1972, and has owned his own computer consulting business since 1987. He and his wife have been happily married for many years, and have ‘parented’ a number of beloved cats, which they adopt and care for with true dedication.

An accomplished photographer who has had numerous exhibitions of his work, Richard is also currently webmaster and a former president of the New England Camera Club Council (NECCC), a widely respected photography council.

“Photography is my passion,” he says. “Back when I was a thin guy who could eat anything, moving around to catch the shot wouldn’t have been a problem at all. But I started putting on the pounds as I matured, and it just didn’t stop.”

Richard Before Gastric BypassNot only was the extra ‘poundage’ hard to carry, his back had begun to give him trouble. And he had developed diabetes, needing more and more insulin to control it. Sitting behind a desk all day and poor eating habits only ‘fed’ into this dilemma, Richard says. “I was a major chocoholic. And my wife and I had been eating out almost every night.” In short, obesity had become a way of life.

At 6’3”, weighing in at 278 lbs might not seem seem that extreme, but Richard’s build is naturally slim.

He knew that for him, the 278 figure, back pain, high blood pressure and uncomfortable stomach acid were warning signs he was going to have to respond to sooner rather than later.

Because by now, in his own words, Richard says his insulin doses were massive.

“At one point, my doctor pointed to my stomach and said that was where my trouble was.” Meaning that everything from his diabetes to the back pain was related to his weight. “Plus I had a fatty liver, and then it was cirrhosis, or scarring of the liver. That was upsetting, because cirrhosis is typically associated with alcohol use. But I didn’t drink and never had.”

He had tried any number of weight-loss solutions. “There was the Nevins diet (a two-days-on, one-day-off diet), Nutrisystem, even the Yale School of Medicine Eating and Weight Loss system. It didn’t matter what it was—anything I lost, I put back on.”

A food “binger” and “grazer” in those days, Richard recalls a particularly poignant moment of truth for him as a photographer. On a hike with his club to Utah’s visually stunning Arches National Park, he could barely crawl up the inclines and spent valuable “shooting time” just negotiating the paths.

He sighs, remembering the frustration.

One solution Richard says he had resisted for years was weight-loss surgery. “But now I was at the point of knowing I had to at least look into it. Still, I swore I would only have the reversible Lap Band, not gastric bypass!”

Looking into it, for this intelligent, detail-oriented man, meant interviewing a number of physicians and bariatric surgery programs.

“They just stood out,” he says. “I attended seminars and actually decided to have gastric bypass. I’d learned it would be done endoscopically, with just a few small incisions over the stomach area.”

His insurance company initially turned him down for coverage. “They thought I wasn’t obese enough. But paperwork was resubmitted, and my other physicians strongly recommended the bypass for me. I was approved, though I had to spend months seeing various professionals and having tests and evaluations.”

Then, after a two-week liquid diet, Richard was ready for the surgery.

“Which was just as described,” he says. “Seven small incisions that began healing right away. I was in Griffin Hospital two nights, only asked for pain medication once, and was out shopping with my wife a couple of days later.”

Having completed the first weeks’ strict regimen after his bypass, and fully committed to taking his supplements regularly from now on, Richard is comfortable in the knowledge that he can successfully manage his weight rather than allowing his weight to manage him.

“These days,” he says, “I’m taking only a fraction of insulin, have eliminated some prescriptions, my blood pressure is terrific and my back and knees no longer give me the trouble they did. I still enjoy the wonderful gym and bariatric support services introduced to me at Griffin Hospital. And Linda and I can get out to do photography together without me worrying about what hills there are to climb.”

Perhaps that’s because he’s already climbed the highest one, figuratively, and has reached the other side.

Register for our next free bariatric seminar 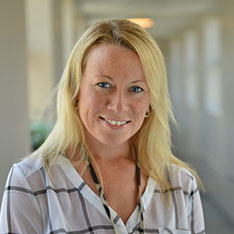 Get A Quick Response

Need help registering for support groups, monthly workshops or bariatric seminars? Unsure of the process or how to begin? We take pride in offering concierge style guidance for all current and potential patients.

What Should My Diet Look Like After Gastric Bypass?